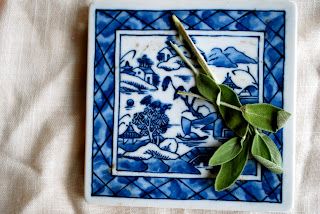 Five years ago, last month, a woman named Shauna commented on this blog.  I had just begun to write again after the accident that changed my life—when I was hit by a car while jogging and fractured my skull and pelvis, tore the tendons in my left knee, and lost my sense of smell.  I began to write again after the headaches and vertigo receded enough to let me focus my eyes on a computer screen for more than a few minutes.  As it is, I don’t remember much of that autumn.  So I’m glad I did decide to again write on this space, even if my attempts were shaky, sugar-coated efforts to convince myself that I was okay.  I’m glad that I heard from Shauna.
Shauna wrote to tell me about an experience she had with a car accident, and how it ultimately changed her life.  For the better, she wrote.  For the better? I remember thinking.  No way.  It would be the same for me, she said.  “Your smell will come back.  The pain will ease.  And you’ll be a better cook, a better writer, and a much more alive person once you’ve survived this.  Time, my dear.  Time.”
The searing pain that I experienced for weeks after the accident, the kind that enveloped and consumed me, radiating up from my bones, had very recently ceased to be a part of my day-to-day when I heard from Shauna that first time.  It was more like a light fog around the periphery of my experience, a constant low thrum easy to ignore.  Enough time had passed for that, at least.
I wanted to believe that she was right.  But I couldn’t really move, I could barely read, and I certainly couldn’t smell.  I knew I wouldn’t be able cook, not in the way I wanted.  Shauna’s words were kind but also kind of crazy, I thought.  But later, in an email, she passed along a quote:
"Let everything happen to you,
beauty and terror.
Just keep going.
No feeling is final."
It’s a quote from Rilke.  She had it taped next to her computer, she said.  I copied it onto a yellow Post It and stuck it onto the top ridge of my laptop, too.  Then, whenever I sat down to write, I paused to read it again.  And though I’m not a “quote person,” not a saying person, not even really a Rilke person, you know what?  It helped.  That little reminder (nothing lasts forever!) helped me to move on and through.  Today—now years since I last experienced that kind of pain and believed that I would never, ever be okay—it still helps.
This is a roundabout way of getting to my point: Shauna, as my grandmother would say, is a mensch. 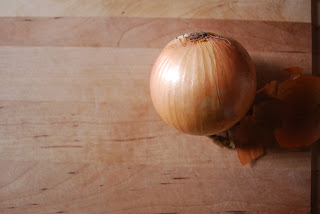 And Shauna has been up to a lot these past few years.  She’s been writing.  Cooking, too.  Her second book, Gluten-Free Girl and the Chef, just hit the bookstore shelves across the U.S.  Today she has rounded up a group of bloggers to share some gluten-free recipes for Thanksgiving.  And these days, I have a lot for which to give thanks.
Now, I eat plenty of gluten, a type of protein found in most grains and cereals.  If I could be a healthy human on a diet that consisted solely of bread and cheese, I would.  I’ve never had to contend with the restrictions of those with celiac disease like Shauna.  But I’d like to share a recipe in her honor, one for my favorite butternut squash soup, which is completely gluten free.
I’ve made this soup for my family's Thanksgiving dinner for years.  I made a batch last weekend, too, and served it as the first course of a dinner party.  It’s light and creamy, rich with both roasted and simmered squash, and with just a bite of pepper.  Thomas Keller, who originally published this recipe in Bouchon, serves it with browned butter and little leaves of frizzled sage.  Though delicious, I find those additions a bit too fussy.  I think it’s perfect with a dollop of cold nutmeg crème fraiche plopped right onto its steamy orange belly. 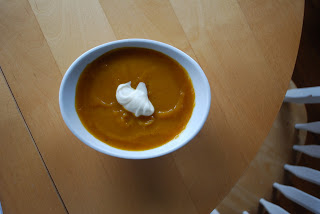 Butternut Squash Soup with Nutmeg Crème Fraiche
Adapted from one of my favorite cookbooks, Bouchon
1 3 – 3 ½ pound squash
2 tablespoons canola oil
Salt and pepper
2 sage sprigs
1 cup thinly sliced leeks, white and light green parts only
½ cup thinly sliced carrots
½ cup thinly sliced shallots
½ cup thinly sliced onions
6 garlic cloves, peeled and smashed
2 tablespoons honey
6 cups vegetable stock
1 bouquet garni, which consists of 8 thyme sprigs, 2 Italian parsley sprigs, 2 bay leaves, ½ teaspoon black peppercorns, all placed in cheesecloth and tied up in a bundle with kitchen twine
4 tablespoons unsalted butter
¼ cup crème fraiche
pinch of nutmeg
Preheat oven to 350 degrees Fahrenheit.  Line a baking sheet with aluminum foil.  Cut the neck off the butternut squash, and set aside.  Cut the bulb in half, scoop out and discard seeds.  Brush with 1 ½ teaspoons canola oil, on both the inside and out.  Season liberally with salt and pepper.  Tuck a sprig of sage within each open bulb, place the cut side down on the baking sheet, and roast for an hour.
Remove the squash from oven and let cool.  Scoop out the flesh and set aside.  Meanwhile, peel the skin off of the rest of the squash.  Cut its flesh into ½ inch pieces.  You should have around 4 cups.
Place the remaining tablespoon or so of canola oil into a large stockpot set over medium high heat.  Add the leeks, carrot, shallots, and onions.  Cook, stirring frequently, for about 6 minutes.  Add the cubes of raw squash, the garlic, 1 ½ teaspoons salt, and ½ teaspoon pepper.  Cook for 3 minutes, stirring.  Then, add the stock and the bouquet garni and bring the pot to a simmer.  Cook for around 15 minutes, until the squash is tender.  Now, add the reserved roasted squash and simmer together for around 30 minutes, to let the flavors meld.  Remove from heat and take out the bouquet garni.
Now, puree the soup in a blender in batches, or, as I do, in the pot with an immersion blender.  Thomas Keller recommends that you run the soup through a strainer to remove any chunks or impurities.  I don’t think it’s necessary.  But do taste the soup for seasoning, and add salt and pepper to taste.
To complete: place the crème fraiche in a bowl and whisk it vigorously until it holds small little peaks.  Season with nutmeg to taste.  Place a dollop of the crème fraiche onto the top of every bowl of soup.  Enjoy!

Updated 11/25/10: The 4 tablespoons of butter in the recipe can be used in the final stages of preparing this soup.  Originally, I omitted this step, though kept the butter in the ingredient list (apologies!).  To use: Before serving, melt the butter in a pan over medium heat.  Watch it carefully as the foam subsides, and then turns a golden brown.  Don't leave it on the heat for too long, just long enough to color and smell nutty and rich.  Pour the browned butter into the pot of soup and stir, or spoon it individually over each bowl.
Posted by Molly at 7:34 AM

I was involved in a car accident years ago that took the life of my boyfriend and almost my own. Pain (both physical and emotional) permeated my life for a long time.

Perhaps that's why I'm drawn to your blog. We are both survivors.

Years later, I see that time as a turning point that made me a stronger, better person that emerged with a belief that I can survive whatever life brings.

It may have been the greatest learning experience of my life.

Yay for butternut squash recipes. I'm collecting a bunch and planning to make them all winter long. Hopefully by the end I'll have a collection including the following categories simple to make, beyond tasty, and for entertaining only due to all the calories.

I can't imagine what it's like to lose something as vital as your sense of smell, especially if you are involved in the food industry. All I can say is that I love reading some of your past posts (as I am new to your blog) and your struggle with coming to grips with where you are and where you are going.

But that Shauna. She's a smart one. I'm so glad she wrote to you and wrote what she wrote. And of course, I love that she did this Gluten Free Thanksgiving blog post roundup. Because it means I get to discover new blogs. Like yours. I can't wait to dive in and explore more...

Oh and the butternut squash soup? I don't even like winter squash soups and it sounds heavenly...

Josephine, I'm really sorry to hear about your car accident, and your loss. But, yes, Shauna was right. It's amazing our ability to grow after tragedy and pain... I am very thankful (and lucky) to have been the only one affected in my accident. Though I never would have said so at the time, I'm glad I went through it...

Sarahdipity, yay indeed. I'd put this one into "beyond tasty," with select cameo appearances in "for entertaining only," depending on the amount of creme fraiche you use in your dollop.

Mr. Jackhonky, welcome! It's been great to see all the posts from Shauna's challenge. What an interesting group. Glad to meet you!

M - Sure love the touch of honey in this soup! Just may be making this. My CSA delivered a what must be a 20 pound Butternut squash! :)

Thank you for writing this post. I really needed to read it today. This week has been full of bad days and bad news about the health of a close friend, but this really puts things in perspective. Maybe I'll put that quote on a post-it of my own.

Can I just ask you to post EVERYDAY? I love your writing - it's descriptive and thorough without being pedantic. Lovely.

Lexie, I hope you tried it! It's a beautiful way to use a monster squash.

Jen, I'm sorry to hear about your friend. I definitely recommend the quote on a Post it. It's a tiny help, but a help nonetheless.

Holly, you're so sweet. Thank you. I wish I could write every day, too!

Your butternut squash soup sounds like my answer to my soup quest for this weekends starter, thanks so much.

Molly,
I had the pleasure of having tea with Jess today, who spoke of your space, here, in glowing terms. I must say, I'm delighted to have found it. I look forward to digging deep into your archives. There is clearly gold to be had, here.
A very happy Thanksgiving to you,
Cheers,
Molly