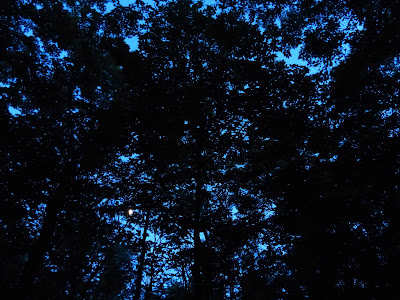 My last day of work at Cook’s Illustrated was on a Monday. On Tuesday, Greg and I drove to Maine. We spent a day in Portland, where we ate oysters and lobster rolls, house-made charcuterie and stout-flavored ice cream before we yet again hit the road. We arrived in Baxter State Park on Wednesday evening, where we camped in a lean to, learned how to play cribbage, and listened to the sounds of an aggressively gurgling stream. On Thursday, we climbed Mount Katahdin, the highest mountain in Maine. 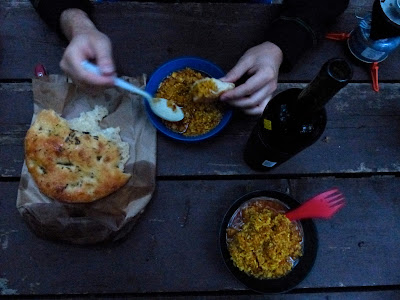 I knew the hike would be hard. We’d heard about the boulder scrambling, the long and steep ascent, the long and steep descent. But I guess I didn’t think too much about it. I’m a runner. I used to be a backpacker. I’d just left my job for a new one. Summer was here. I won at cribbage. The world was my (local Maine) oyster. 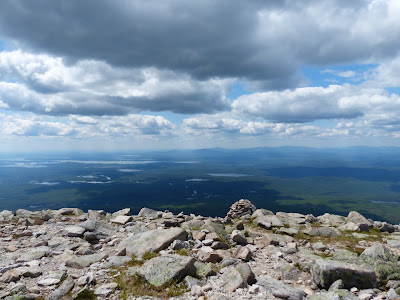 But that hike? Man, it was hard. We climbed that mountain for almost 5 hours, sloshing in streams, scrambling up rocks, passing the tree line to reach the bald head of the peak. It was beautiful up there, all rocks and knife-sharp edges, fields and hills for miles and miles. 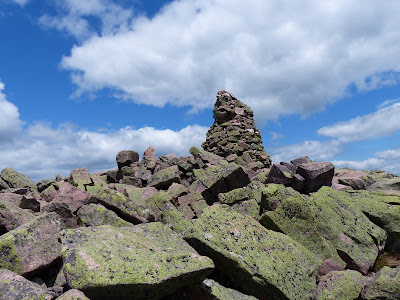 The descent was what really took it out of me. We hopped and jumped, balanced and hauled ourselves down a different (*slightly* less steep) trail. And at the bottom, 4.5 hours later, I was zonked. My quad muscles screamed. Even my wrists were sore. All I wanted to do was curl up into a little ball and sleep. The problem? We were still 2 miles from our campsite. We just needed to stroll along a flat dirt road to get there. But those remaining 2 miles felt like 1,000 and we decided to do the only logical thing: hitch hike. 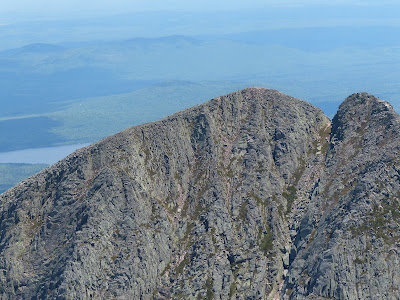 A few cars ignored us, spraying clouds of dust into the air as they sped on by. But then one stopped. Two nicely dressed tourists from Japan let two supremely sweaty hikers climb into their pristine rental-car backseat. We tried to make small talk, but language was a barrier. We must have looked as bedraggled as we felt, because when they stopped the car in front of our campsite, the woman turned around and handed us a candy bar from deep in the recesses of her purse. “You need energy,” she said in halting English. It was a green tea flavored Kit Kat bar. She’d brought it from Tokyo. “This will help.” 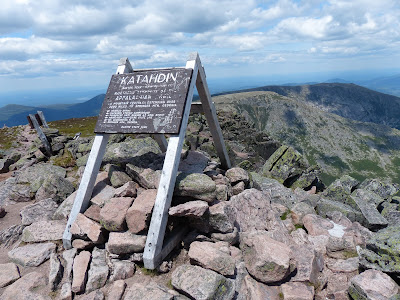 The next day Greg and I drove to Acadia National Park and watched the summer solstice sunset from the top of Cadillac Mountain. It was just a sunset, but a gorgeous one, the sun a haunting red. It was the longest day of the year and time felt elongated. We stood on a rock and watched the sun sink beneath the earth, the season change, the beginning of something new. The next week I would start my new job as the managing editor of Modern Farmer magazine. Next month Greg will be moving to Texas for a new job of his own. In a previous life I would have felt crippled with anxiety over such momentous change. But then, there, I just felt happy. Energetic. I guess the Kit Kat worked. 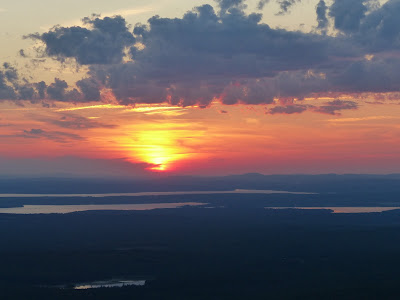 Labels: hiking katahdin is no joke, i got a new job, oysters are delicious 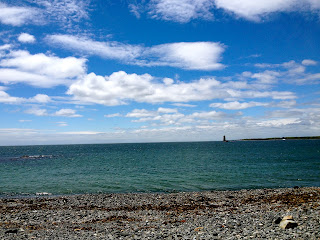 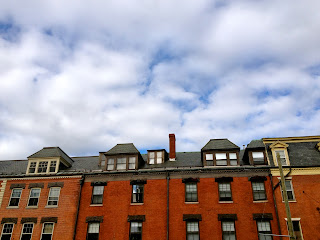