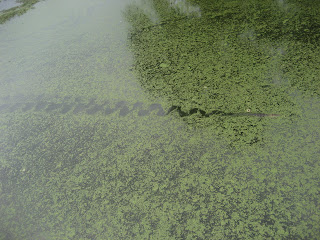 I was in Louisiana last week. I flew to New Orleans early on Wednesday morning and was greeted by Matt, who looked unfamiliar in his dark green uniform, and by a breeze that was much thicker and warmer than New York’s.

After nine weeks of being ferried about from base to base in the US, Matt is now in the final legs of training for deployment and is scheduled to fly to Afghanistan this week. We stayed with his parents in New Orleans for his final five days off.

The first time I visited the city was just about a year ago, when Matt and I stopped for a few days in the midst of an epic drive across the country. I was set to begin work as a reporter for a paper in Northern California in the following weeks, and, we thought, what a great excuse to witness the expansive land along the way. On that visit, we toured plantations, ate fried alligator, and zipped past fishing cabins and cypress trees in a motorboat on a swamp tour. I was filled with happy expectation, on the eve of an adventure out west.

I felt differently on this trip. Though Matt is confident and excited for his next step, I’m scared. I knew little about the Army, about deployments, or even about the intricacies of this never-ending war before I met Matt, now almost 2 years ago. Beyond the newspaper articles and TV news segments, Iraq and Afghanistan are not present in the daily lives of many here in New York City, of my friends or my family. And that unfamiliarity makes being left behind all the more lonely.

But on this trip we kept busy. We had a lot of fun. We ate beignets and snowballs, went on a tour to learn about the “haunted history” of the French Quarter, and attended a pig roast on a humid afternoon in the sun. 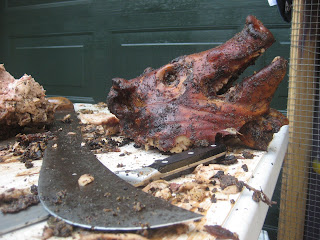 To begin, however, we drove south to Cajun country. We stopped for gumbo and iced tea at a diner in New Iberia. We went to Avery Island, a salt dome a few miles in from the waters of Vermilion Bay, where we toured the Tabasco factory. It was hot, a bit drizzly, and smelled of peppers, salt and vinegar. That evening we stopped in Rayne, a small town in the heart of Cajun culture known as the “Frog Capital of the World.” Fittingly, we shared a plate of frog’s legs – crisp fried and meltingly tender – at the Frog City Cafe. 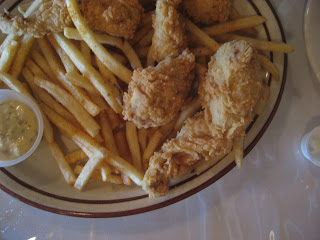 That night we stayed in a small, rustic cabin at Bayou Cabins in Breaux Bridge. As the sun set, we found a table down the road at Mulates, “The Original Cajun Restaurant,” where we ate ice cream with praline liquor and listened to rollicking live music by Lee Benoit & The Bayou Stompers. We watched as a serious group of older couples danced: the two-step, the waltz, the jig. They moved with a practiced but raw elegance. Everyone was having fun.

Matt and I attempted a few moves with some help from those already on the dance floor – “This is the two-step!,” they yelled, instructing us to watch their feet. We laughed a lot.

When the band took a break, we stood on the dance floor, perused their CD collection, and chatted with some other patrons. It came out that Matt was about to deploy and, later, when the lead singer announced that news to the room, everyone clapped. People came up to Matt, one after another for the rest of the night, to wish him luck.

The next morning we woke up early to a thick morning light over the bayou. We went to the main building for coffee, and watched the owners of the cabins make fresh seafood boudin. Crawfish, shrimp and crabmeat, along with rice and spice, were stuffed into sausage casings and carefully tied. As they cooked, they spoke with lyrical accents, remnants of a culture with deep ties to France. A couple that we had met in Mulates the night before was there, too, and we talked about Cajun culture, motorcycles and dance.

After a meal of the fresh boudin, scrambled eggs and toast, we went to pay our bill and begin the drive back to New Orleans.

“It’s been taken care of,” said the proprietor, a warm red-haired woman wearing dark green. “It was taken care of by the nice couple that just left. And by us. We went halves. Good luck in Afghanistan.”

She took us out to the porch and, holding our hands in hers, she said a little prayer. 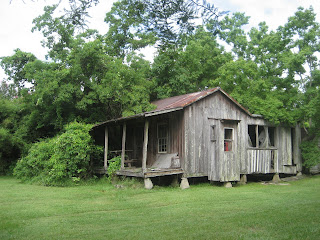