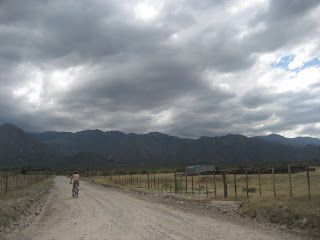 Matt and I spent the better part of March in Argentina. We arrived in Buenos Aires on a bright Tuesday morning and spent the next couple of weeks exploring.

We paused in the city for a few days on both ends of the trip. There, on streets that often reminded us of Paris, we walked. We visited cemeteries and antique shops; drank espresso and wine.

Then we headed north, driving hundreds of miles in a tiny Chevrolet Corsa, often on dirt roads snaking through the foothills of the Andes. We visited the vineyards of Cafayate and the tiny mountain towns near Salta.

There were midnight dinners, eaten outdoors against the faint chill of a late-summer breeze. There was parilla - often steak, chorizo, or morcilla cooked over a wood-fired grill. There were tamales and empanadas, jamon crudo and queso fresco. Dulce de leche came on everything.

It was a wonderful, needed escape. Now we're back in the U.S., hit with the expected though unpleasant reality of Matt's impending departure. He is packing as I write. Stacks of books and clothes litter the apartment. More soon. 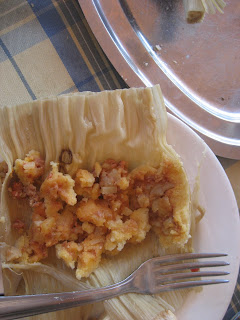