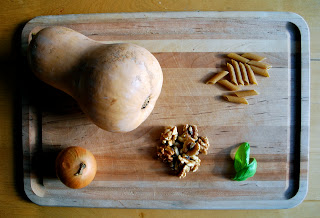 Yesterday I went on a run. Unfortunately it was an indoor run on the dreaded treadmill (the dreadmill!) due to the icy sidewalks and freezing cold. I find the act of stationary running—sliding-rubber, shoe-pounding, the-Today-Show-on-mute running—to be painfully boring. Mind numbing at best. But I love to run. And I hate the cold.
Yesterday I distracted myself by listening to an NPR podcast. This is something I often do, even when I run outside. I like to set my feet to the tempo of voices as the miles pass. I have my regulars: Fresh Air, This American Life, The Splendid Table, Selected Shorts. But my absolute favorite, the one that I look forward to downloading whenever a new episode comes out, is Radio Lab.
Radio Lab is a show about science. But not technical science. Hosts Jad Abumrad and Robert Krulwich tell stories: human stories, animal stories, philosophy stories, stories about where they all intersect. Each episode consists of a number of them, all based around a question or a theme.
I began listening to Radio Lab when I started writing my book. I was struggling with how to write my own story—one heavily indebted to the science of the sense of smell—and I found it inspirational to listen to two people who did it so well. I still remember exactly where I was when I listened to the creepy-awesome episode on Parasites (walking down back roads in Woodstock, New York, on a brisk afternoon in September, 2009) and the fascinating one on Animal Minds (running around the reservoir near my mother’s house in Brookline, Massachusetts, on a freezing winter’s day last year).
Yesterday I listened to their most recent episode, Lost & Found. The whole thing was well done—pigeons’ ability to find their way home over unknown terrain, a woman who has trouble recognizing familiar locations—but it was the last segment that really got me.
This was the story of Emilie Gossiaux, a 21-year-old art student who was hit by a tractor-trailer truck while she was biking in Brooklyn, New York, in October of 2010. She was brought to the hospital for emergency surgeries after suffering a stroke, a traumatic brain injury, and fractures in her head, pelvis, and left leg.  Six weeks after the accident, swollen and unresponsive, Emilie was almost left for cognitively dead. She couldn’t see; she couldn’t hear. She could move, but it wasn’t clear if she was mentally there.
Her boyfriend, Alan, however, wouldn’t give up. He sat constantly by her side. One night, he decided to trace words on the tender skin of her wrist. “I LOVE U,” he wrote with his finger. And what happened next sent chills down my spine as I ran there on that treadmill, listening to the crackly recording Alan had made on his phone. I won’t tell you what happened, though. I don’t want to spoil it. Just listen to this podcast. It’s really, really good. 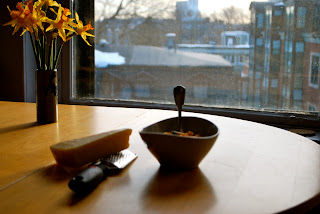 As many of you know, I was hit by a car while jogging back in 2005—the accident that caused me to lose both my sense of smell and my dream of becoming a chef.  Now, my injuries were nowhere near as grievous as Emilie’s. After I was brought to the hospital with a head injury, a fractured pelvis, and shattered left knee, it soon became clear that I would recover, even if it took time. I don’t remember much of that autumn. But I have heard stories of the fear and pain that everyone in my family experienced in the days and weeks surrounding my accident. It’s been almost six years, but I still often imagine the moment when they arrived at the hospital to see me in the ICU, broken and lying in bed.
Today, as you can read here on her website, Emilie is alive, but she cannot see. An art student who lost her sight. I feel for her, and for her boyfriend and family.  They’re brave people, going through what may be their most difficult time.

I thought about all of this on my run yesterday—a run on a treadmill that has rarely passed so fast and, I’ll admit, the first time I’ve ever jogged with tears in my eyes. I thought about it when I packed up my gym bag, and when I walked home. I thought about it when I arrived at my apartment building, walked up the stairs, and opened the door to find my boyfriend, Matt, hunched over his computer at the kitchen table, working on problem sets for school. He looked handsome, and the kitchen looked cozy. Matt said hello, and gave me a kiss.
Later, I cooked a simple dinner for the two of us: Penne with Butternut Squash, Goat Cheese and Walnuts.  This pasta dish was sweet with the roasted winter squash and creamy with a sauce made of goat cheese melted into hot pasta with just a bit of water. The basil tasted fresh and the walnuts added a nice crunch. We ate together on the couch, watching an old episode of Mad Men, my new favorite way to de-stress. I felt tired but happy, snuggled up next to Matt, surrounded by shelves of good books and a plate of food that is best described as comfort. I’m lucky. That, I’ll never forget. 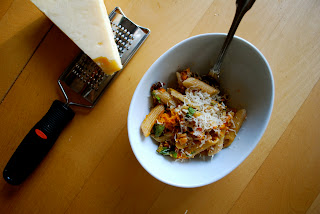 Adapted from Giada De Laurentiis
1 large butternut squash, peeled, seeded, and cut into ¾-inch cubes
1 onion, cut into ½-inch pieces
olive oil
kosher salt and black pepper
1 pound penne pasta (I used whole wheat)
1 cup (8 oz) goat cheese, crumbled
1 cup walnuts, toasted and coarsely chopped
1 cup basil leaves, sliced
1/3 cup Parmesan cheese, grated
Preheat the oven to 425 degrees Fahrenheit.
Mix the cubed squash and onion together on another baking sheet. Drizzle with olive oil and season to taste with salt and pepper. Bake for 45 minutes, until the vegetables are browned in spots and cooked all the way through. Set aside.
While the squash is cooling, bring a large pot of salted water to boil.  Add the pasta and cook until tender but firm, about 10 minutes. Drain the pasta, but reserve 2 cups of its cooking water.
Place the pasta, goat cheese, and 1 cup of the pasta water into a large serving bowl. Stir until the goat cheese has melted, forming a creamy sauce. Add the squash and onion mixture, the walnuts and the basil. Toss well. Season to taste again with salt and pepper. Sprinkle with Parmesan cheese and serve.
Posted by Molly at 4:55 PM

So, so lovely. Thank you for sharing this ... and ps, I HATE the treadmill, too. But sometimes it's necessary. pps: am dying to read your book! Can't wait :)

running with podcasts is my secret way to beat the 'dreadmill' also!

have you heard snap judgement? it's in the vein of radiolab and this american life, but centred on what happens when people make a snap decision - very cool!

now i'm off to listen to my podcast queue - radiolab was on the docket to begin with!

mbb - I haven't heard 'snap judgement' but I'll certainly look it up. Sounds interesting - and I'm always looking for new ways to survive the dreadmill. Thanks!