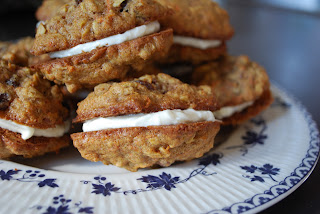 Yesterday the temperature spiked. The sun came out. The piles of snow began to shrink and the ice—angry ice, which had turned the sidewalks into treacherous rinks, instigating slips and nasty falls—melted into kinder puddles, pooling at the edges of the streets. 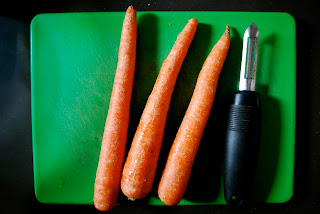 In the afternoon, peeling ourselves away from never-ending to-do lists, Matt and I went on a walk. We walked from our apartment near Harvard Square down toward the campus of MIT. It was warm enough to wear a light jacket and a scarf but not a wool hat. We hopped over the puddles; our boots crunched on the remaining crumbles of ice. Along the way, we poked around bookstores, furniture stores, and cafes. We stopped to eat—a burger (Matt) and a plate of crispy fries (me). I bought a little bouquet of un-opened daffodils at the florist shop in Central Square. We’ve spent this winter freezing in our tiny apartment, holed up with our work, buried in all sorts of different kinds of stress. I had forgotten the feeling of the sun on my face. 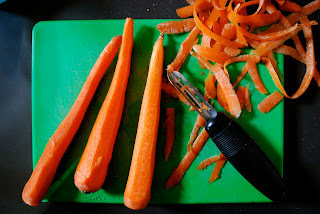 When we got home, I decided to bake. I made carrot cake cookies because I had all of the ingredients in the fridge, and the orange of the carrots reminded me of spring. They came out of the oven springy to the touch, crunchy on the bottom. The kitchen smelled of cinnamon and pecans. Later, I turned the cookies into sandwiches, filled with a honey-light cream cheese frosting. We brought them to a Super Bowl party, stacked high on one of my grandmother’s antique plates. They disappeared quickly. 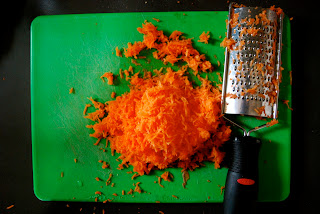 When Matt and I returned to our apartment around 11 p.m., tired and a little tipsy, we found that the daffodils had already opened, their yellow beaks fanned out in a circle, like they were looking for the sun. 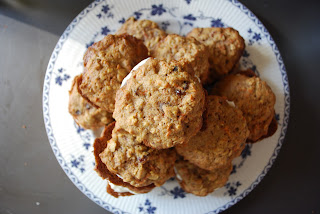 Carrot Cake Cookie Sandwiches
Adapted from Gourmet
This recipe originally called for only all-purpose flour. Based on the comments and reviews on epicurious.com, however, I adapted it to include whole-wheat flour, as well as rolled oats. I reduced the size of the cookies, and used pecans rather than walnuts, too. They turned out hefty yet soft, with just a bit of crunch. Perfect for a sandwich.

½ cup all-purpose flour
½ cup whole-wheat flour
½ cup rolled oats
1 teaspoon cinnamon
½ teaspoon baking soda
½ teaspoon salt
1 stick unsalted butter, softened
1/3 cup plus 2 tablespoons light brown sugar
1/3 cup plus 2 tablespoons granulated sugar
1 egg
½ teaspoon vanilla
1 cup grated carrots (3 medium)
1 cup pecans, chopped
½ cup raisins
8 ounces cream cheese
¼ cup honey
Preheat the oven to 375 Fahrenheit
Whisk together flours, oats, cinnamon, baking soda, and salt in a bowl.
In another bowl, cream together butter, sugars, egg, and vanilla with an electric mixer at medium speed until light and fluffy. Mix in carrots, nuts, and raisins. Add the dry ingredients and stir until just combined.
Drop 1 tablespoon balls of batter on a buttered cookie sheet, about 2 inches apart. Bake for 10 – 13 minutes, until the cookies are light brown and springy to the touch. Cool on the cookie sheet for just one minute, and then remove the cookies to a rack to cool.
While the cookies are baking, mix together the cream cheese and honey with an electric mixer (or vigorously by hand) until smooth. Put a nice fat glob of frosting in between the flat sides of two cookies, and press down to make a sandwich. Enjoy!
Posted by Molly at 12:36 PM

These cookies look delicious! I love carrots, thanks for the recipe.

Jacqui - yes! I'm looking at the daffodils on my counter right now. They're bright yellow and smell just like spring. Too bad it's still cold out.

Thanks for stopping by, Christina!

these look scrumptious. Looks like a great way to sneak some carrots into a meal. Can't wait for spring!

I so enjoy your blog. I'm a fussy baker in that I don't like to waste either my time or my calories consumed on something not great. That said, i get the sense that you're a thoughtful (in both senses: kind AND full of thought)baker and would only post those recipes worth the effort. I saw these months back and thought many times about making them but am not terrific about modifying recipes (see above re: wasting time) and thought I'd wait until enough reviewers had posted about what to change. THANK YOU for synthesizing those changes into one cohesive recipe that I can't wait to try! Does your recipe make about as many as the Epicurious recipe? Again, many thanks for your thoroughly enjoyable website. Carissa R.

I've been very tempted to try these cookies but I know they would be impossible to resist for me! Yours look as I expected - gorgeous :)