Let’s go back in time. About a month ago, I was living in Hudson, New York, and working like a madwoman in order to finish the sixth print issue of the startup magazine where I worked. The last two weeks before shipping a completed magazine to the printer were always intense. All of five of us on the editorial staff devoted pretty much every waking minute to one purpose: finish. Late nights in the office. Early mornings in the office. As the managing editor, I kept track of each story in the page proofing process, and would dream of spreadsheets. In my dreams I wouldn’t really be doing anything. Just sitting there, staring at spreadsheets.

In the middle of this last magazine close, on a Sunday afternoon, I forced myself to not think about work. Instead, I baked. It was late July, and when I went to the market that Saturday, I spent about a million dollars on blueberries, and every one of those dollars was worth it. Especially when I baked a blueberry pudding cake, which tasted pretty much the way summer should taste, even if you spend your summer mainly just working. I brought the leftovers to the office on Monday. The pan was empty in a few hours.

Let’s go further back in time. Nine years ago tomorrow I was in the accident that caused me to lose my sense of smell, change my career and begin writing. This anniversary sneaks up on me. But every year, a few days before August 30, I begin to feel a nagging anxiety, a trill of panic deep in lungs. I don’t understand it until I look at the calendar. Then I remember where I was that morning (happily planning my first days at culinary school) and where I would be that afternoon (in a Boston hospital with a head contusion, severed knee ligaments, shattered pelvis and a vanished sense of smell). It’s been almost a decade but it scares me, still. 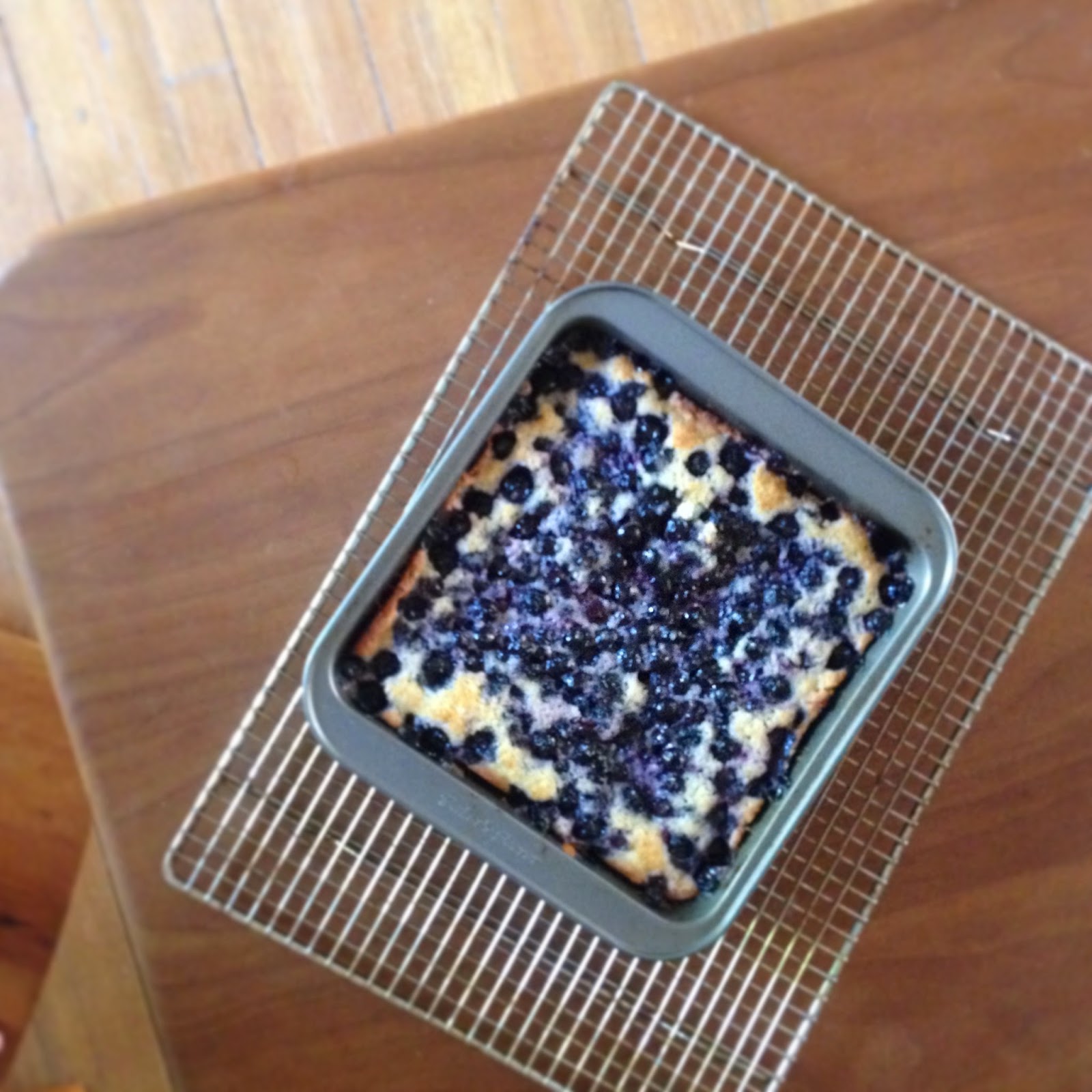 Blueberry Pudding Cake
From Gourmet, circa 2005

In a small saucepan, mix together the first 1/3 cup sugar with water, lemon juice, cornstarch and blueberries. Bring to a simmer and cook, stirring occasionally, for 2 minutes. Take off heat.

Whisk together flour, baking powder, salt and remaining sugar in a medium bowl. In another large bowl, whisk together egg, milk, butter and vanilla. Add the flour mixture to this, stirring until just combined.

Pour the batter into a buttered 9-inch baking pan. Spread evenly. Pour blueberry mixture of the top of the batter, and let sink in. Bake 25 – 30 minutes. Let cool in the pan. Leftovers keep well, though won’t last long.
Posted by Molly at 5:19 PM 26 comments:

It’s, uh, been a while. Anyone still out there? Is this thing on? Bueller? (Sorry.)

So I haven’t written here in more than a year. That feels strange. I started this blog back in 2005, when I barely knew what blogs were, and ever since then it’s been a constant companion, a small but semi-permanent recording of my life in real time, patches and pieces and recipes and photos, never regularly updated but always present. Always something to return to.

And so here I am! Returning! The last year and a bit has been wild. I moved to the Hudson Valley for a job. A phenomenal but an intense job. It consumed me and all my hours and most of my life. I loved it. But now I’m returning to Boston for another job, one that I’m likewise wildly excited about. I missed Boston, and am happy to be coming home.

What else. I wrote a bit. I read as much as I could. I edited a lot. I made new friends and reconnected with old. I spent a lot of time flying to Texas, trying to make a long distance relationship work. I cooked only a little, but drank, well, like a journalist. I ran on trails in the woods, early in the fog-ridden mornings, and discovered that if I forced myself to both sign up and pay for the evening hot yoga class before noon, I might actually attend. I survived a breakup, mainly by watching Jane Austin-inspired movies on my laptop over and over for a month.

Many weekends I took the Amtrak from my tiny upstate town to NYC, hurtling along the Hudson River to attend parties and book readings and dinners with my brother, Ben, perched at the bar of one funky restaurant or another downtown. Sometimes I went to the city just for the particular thrill that comes with being anonymous.

When I finished my last day of work, I went to Maine for a week by myself. I wanted the scent of the ocean and the sound of crickets at night to rid my brain of the static built up over the last year.

After four days alone, I was happy to spend time with my friends Steph and Kathy, both who live nearby. On that Thursday night Steph and I shared some of the best deviled eggs I’ve tasted at The Black Birch in Kittery. On that Friday night, Kathy cooked. We drank rosé and walked around her sweeping garden, all tomatoes and potatoes and asparagus fronds. She grilled a huge pan of paella and we ate it in the yard as the sun went down. Later that night we listened to a New Orleans-style brass band in a one-room theater space in town, and I sat in the back and tapped my foot and watched an older, white-haired man dance magnificently in the center of the room, alone.