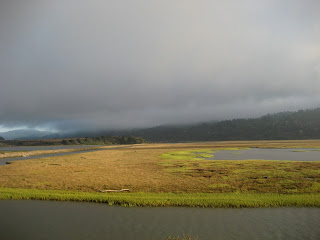 Yesterday I read an obituary in The Economist. It was one for Santi Santamaría, a Catalan chef who fought for a traditional view of food and cooking. He died in February at age 53.
The obituary talks about how Santamaría cooked pure, unadulterated food at his restaurant, Can Fabes—food that “looked like what it was.” This was different from another famous Catalan chef, Ferran Adrià, whose restaurant, El Bulli, is located just an hour’s drive north. The obituary outlines just what Santamaría thought of the “tinkerings” of molecular gastronomists like Adrià, chefs who serve “mosaics of sea anemones and parmesan-infused air” and desserts like “‘Autumn,’ where sweet and spicy powders make up a forest floor that is strewn with chocolate leaves.” Santamaría was not a fan. The Economist writes:

“Autumn” at Mr Santamaría’s establishment meant the earth-smell of mushrooms fresh-picked in the woods, damp-feathered game pulled from the huntsman’s pouch, and lentil stew so rich, so redolent of the season, that as the lid of the tureen was lifted Mr Santamaría’s hands would start to rotate sedately, wafting the aroma upwards, and his eyes to close with sheer rapture.

I love this obituary.
I love it because I'm in love with the idea of a man who believed in pure, unadulterated food, whose life was “loudly dedicated to taste, real taste, lingering pleasure for all the senses,” one who spent his life cooking this kind of food with passion.
And I love this obituary because I love obituaries. I love all obituaries—the art of writing about a life in conclusion, the art of celebrating the dead. And this one was especially well done.
I used to write obituaries for a newspaper in California. That paper, a small weekly, prided itself on publishing long, narrative pieces and I was lucky to be given space to write—to really write—about those who had passed away. There were farmers and fishermen, artists and Vietnam veterans, fathers and daughters and wives. There was Bea Blum, a dance teacher extraordinaire, and Eleanor Hamilton, the elderly sex columnist who championed the cause of love even late in life.
Sometimes I found it difficult to write these articles. After all, they all involved spending time with people who were in mourning, those who had barely gotten their minds around the fact that a loved one had died. But the majority of the subjects that I wrote about had lived long, interesting lives. I loved the idea of sending them off with a public recognition, an ink-on-paper celebration.
I’ll never forget that horrible week, however, when a nine-year-old girl drowned in a stream while having a picnic with her family and my editor asked me to write her obituary. I had never read, let alone written, an obituary for one so young. How do you celebrate the end of a life that was barely lived? But I contacted her relatives and spoke with her teacher and her priest. I went to her funeral and, later, spent time with her mother, who showed me her daughter’s bright pink dresses, her latest High School Musical soundtrack, and stacks and stacks of her favorite books. “A voracious reader,” I wrote, this little girl “could finish a book in a day; a paper clip marked her place on page 143 of The Hidden Staircase, a Nancy Drew volume she had borrowed from the library and not yet finished.”
As it turned out, I wrote this obituary in the same week that my own grandfather passed away, and I soon flew across the country for his funeral in New York. I wrote about that a bit here. That was a rough week—a rough couple of weeks—ones that kept me bouncing between ideas of youth and old age. I spent a lot of time in the kitchen that month, baking bread and braising pans of meat. It gave me the space to think.
In fact, I spent a lot of time in the kitchen when I worked for in California. With days spent memorializing death, I found it important to concentrate on the small sensory pleasures of my living life. That tiny town in Northern California was the perfect place to do so; it was filled with farmer’s markets and fresh oysters to shuck, crashing waves and whales and the ocean air that smelled of salt. It was there that I first made this dish, a simple but comforting meal of roasted chicken breasts with garbanzo beans and tomatoes, served with a spicy yet cool sauce of yogurt, paprika, and red pepper flakes. I cooked it frequently then. The flavors reminded me of home.
I began thinking of all of this yesterday as I read Santi Santamaría’s obituary. In the article, a young Santamaría is described as devouring cookbooks and learning to cook cuisines of all kinds. But in his life he returned again and again to the flavors of Catalonia, where he was from. The Economist writes: “It was fitting that the last meal he made, before he died of a heart attack at his new restaurant in distant Singapore, was a pa amb tomàquet, fresh tomato pulp and olive oil pressed onto bread, the purest taste of home.” 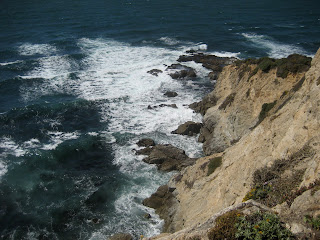 Roast Chicken Breasts with Garbanzo Beans, Tomatoes, and Paprika
Adapted, barely, from Bon Appetit
¼ cup olive oil
4 garlic cloves, pressed
1 tablespoon smoked paprika
1 teaspoon cumin
½ teaspoon red pepper flakes (I use a very generous ½ teaspoon here)
½ cup plain or Greek yogurt (I recommend full fat!)
4 chicken breast halves with bones
1 15-oz can garbanzo beans, drained
1 container cherry tomatoes
1 cup fresh cilantro, chopped
Preheat oven to 450 degrees Fahrenheit. Mix the first five ingredients together in a bowl. Pour 1 teaspoon of this mixture into another small bowl, and then whisk in the yogurt and set aside.
Place the chicken on a large rimmed baking sheet and rub 2 tablespoons of the spiced oil over the chicken. Add the beans, tomatoes, and ½ cup cilantro to the rest of the spice mixture and toss to coat. Pour this around the chicken. Season everything generously with salt and pepper.
Roast until the chicken is cooked through, about 20 minutes. Sprinkle with the rest of the cilantro. Serve the chicken on a plate with the bean mixture spooned over, and then with a dollop of yogurt sauce on top.
Posted by Molly at 3:39 PM

this sounds delicious & i can't wait to try it - but what is the generous 1/2 teaspoon of?

I knew I recognized that coastline! I'm interested to see what happens w. the paper -- big changes, new editor, etc. just in 2011.

All to say -- I understand the need to cook/be in the kitchen when thinking about mortality. I've done it myself, and I sort of think it's the only way to deal with it (other than a good run, of course).

Nicole, yes! Point Reyes: most beautiful coastline ever, in my humble opinion. And, yes, the paper has changed. It's a whole different species of newspaper now than it was when I wrote for it: a non-profit, run by a board. I'm so interested in watching how it all plays out...

Just found you and will read all the back entries. You write wonderfully..