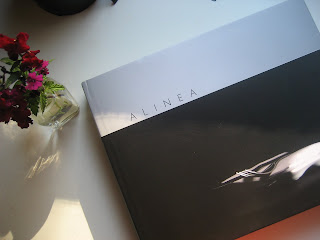 Today I bought Alinea, the new cookbook by Grant Achatz. There are hundreds of recipes, which are based on tasting menus at his Chicago restaurant of the same name, and stunning photographs. Many of his dishes are out of my league, as I don't own a Vita-Prep blender nor do I have any calcium ascorbate lying around the house. But I couldn't help myself: There is a short section on Achatz's use of scent in cooking.

Aroma, he writes, offers two possibilities for the chef. "The opportunity to flavor a dish by way of smell, and to add a layer of complexity to a concept by triggering an emotional response to a familiar smell. These two facets of the technique became so important in our cooking that the idea of aroma itself became a creative avenue."

Achatz has fought a well-documented battle of his own in the last year. Diagnosed with tongue cancer in 2007, he underwent radiation and, as a result, temporarily lost his ability to taste. I've followed his story with great interest. My own experience of sensory loss and regain has changed the way I look at food and cooking, taste and flavor. I can only imagine what it has done for one of the country's best chefs.
Posted by Molly at 2:28 PM