State of the Book (III) 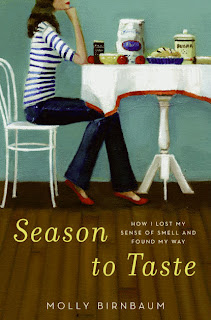 Yesterday I wrote a post about cinnamon rolls—a hot, gooey mess of a recipe; the best kind of recipe, really—and I’m almost done. But not quite. And in the meantime, I figure it’s time for another update on the book.
April is here, which means that in a little less than three months from now, Season to Taste will be published. (June 21st, to be exact). Three months! I remember when the publication date was years away. Years. That was when Matt was deployed to Afghanistan and I was living in a tiny Brooklyn studio, spending long days outlining chapters, talking to sources, and reading reams of scientific literature. I felt sure there was no way I would ever finish. It just wasn’t possible that this mess of Word documents and interview transcriptions would ever find their way into a cohesive book. Thank God I was wrong.
And so since I last wrote, my publicist at HarperCollins has been working hard to schedule readings and events. First off, I’m excited to be speaking at the BlogHer Food Conference in Atlanta at the end of May. (Anyone else going? I’d love to meet new folks!) And right after that, I’m heading to the BookExpo America in New York City. So far I also have a June reading scheduled at the Harvard Bookstore and others scheduled for July around Boston, in New Hampshire, and Vermont. Most of my writing career has taken place alone with my computer, with long hours behind a desk—I’m thrilled to move it out into the world. I hope to meet as many of you as I possibly can!
Also, I’ve had the honor of two more exciting blurbs for the book from authors I have long admired (!!):
"Molly Birnbaum writes with great curiosity and depth, reawakening in us all the sense of taste that we take for granted."
- Amanda Hesser, author of The Essential New York Times Cookbook
"When Molly Birnbaum lost her sense of smell in a brutal accident, it was a tragedy for her plans to become a chef, and yet it was a strange kind of gift, too. Deprived of one sense, Molly drew on all the others, and on her memories of aroma, to become a masterful and moving writer. And we, her readers, are the ultimate beneficiaries of her great heart and her vast talent. Season to Taste is a memoir, an inquiry, a rumination, and a love story, too, delivered with a poet's touch and a scholar's restless intellect."
- Samuel G. Freedman, author of Letters to a Young Journalist
And, finally, here’s a link to the book’s Facebook page. Click “like” if you want to keep up on the news as it happens closer to the publication date. If you want to pre-order Season to Taste, you can click here, here, here, or here. Many, many, many thanks in advance.
Posted by Molly at 11:37 AM

Congrats, congrats!! So looking forward to reading! How about a California trip? :) xo

Thanks, Nicole! I would love a California trip. Especially if it meant I could meet you in person! I'll keep my fingers crossed. xo

Molly, congratulations! I just finished the advance copy of Season to Taste and enjoyed it immensely! The science was fascinating and the juxtaposition with your personal story and the specificity of language really made your book an all-around compelling read. Everyone at Where the Sidewalk Ends Bookstore is looking forward to your Author Literary Luncheon on Cape Cod this July. All the best until then!

Caitlin, great news! I'm so glad you liked the book. I'm looking forward to meeting you in July.